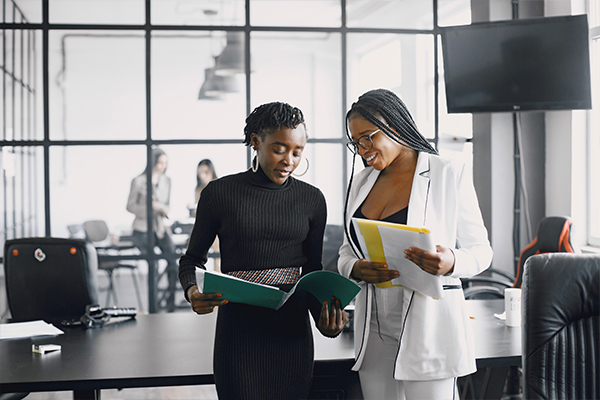 Market has welcomed news from the Minister of Trade, Industry and Competition with…

The market has welcomed news from the Minister of Trade, Industry and Competition with respect to clarifying the country’s existing Broad-Based Black Economic Empowerment (B-BBEE) Codes (Codes). The Practice Note on the Rules for Discretionary Collective Enterprises, published in May, provides much-needed guidance on how ownership by entities such as Broad-Based Schemes, Employee Share Ownership Programmes (ESOPs), Trade Unions, Not for Profit Companies, Co-operatives, and Trusts (together “Discretionary Collective Enterprises”) should be interpreted under the Codes.

Over the past few years, and as outlined in our article in the February issue of IR Alert (“B-BBEE structures continue to play an important role in the South African transformation landscape, confirms Patel”), there have been significant differences of opinion between the B-BBEE Commission (Commission) and major entities operating in the B-BBEE space on how ownership structures like Discretionary Collective Enterprises should be considered for ownership purposes under the Codes.

This lack of clarity could have severely impacted leaders in empowerment in our country like Kagiso Tiso Holdings (KTH), the Mineworkers Investment Company (MIC), WDB Investment Holdings (WDB), Thebe Investment Corporation (Thebe), and SIOC-CDT, among others, which are jointly worth tens of billions of rands in value. More significantly, billions of rands worth of BEE transactions that had been concluded with various broad-based BEE entities stood at risk of not being recognised. And while the intention of the Commission was noble, i.e. to root out those broad-based structures that were nothing but fronts, the approach that evolved had the unintended consequence of “throwing the baby out with the bath water” as it were.

The Practice Note clearly states that broad-based empowerment through collective enterprises was always, and remains, part of the transformation agenda of the government and, as such, should be recognised. Above and beyond this, the Practice Note specifically deals with the interpretation of the Codes in respect of the beneficiaries of collective enterprises, which the Commission had previously held should hold ownership rights in the underlying entities themselves, with a key point of contention being the interpretation and application of “a defined class of natural persons”. The Practice Note clarifies that this is not required as the Codes expressly recognise that black people are entitled to participate in measured entities on an indirect basis. It further clarifies that the individual beneficiaries of collective enterprises need not be identified at the commencement of the scheme, nor is a written record of names required in the constitution of the scheme.

The Practice Note provides a useful example of how collective enterprises can operate (explaining the application of “defined class of natural person” and discretion):

Market welcomes clarity on B-BBEE Codes
Other key points of disagreement that are clarified in the Practice Note include the following:
• the extent and nature of fiduciaries’ discretion, with the Practice Note stating that discretion is allowed, within specific confines, going on to detail these circumstances, including that fiduciaries may not re-define the beneficaries;
• the issue of black minors being recognised as beneficiaries of ownership schemes (whereas previously their lack of legal capability to exercise votes was deemed to render minors ineligible);
• that it is not a requirement for schemes to make distributions annually (clarifying that the lack of annual distributions does not disqualify one from claiming economic interest points under the Codes); and
• that evergreen ESOP structures that provide perpetual benefit to employees also satisfy the requirements of ownership under the B-BBEE Codes.

Minister Patel has proposed the appointment of a panel of experts to deal with the following additional issues that were beyond the ambit of the Practice Note, i.e. the promotion of black industrialists and small businesses; improved rigour and credibility to BEE
statistics and practices; and an adjustment to BEE reporting requirements, a development which we look forward to.

Tamela has implemented numerous BEE ownership transactions over the past 12 years and has experience in structuring sustainable BEE structures. We can thus provide detail on the Practice Note specifically with reference to your own ownership structure.
For more information, please contact Tshepisho Makofane, 083 287 2651 / tshepisho@tamela.co.za

The future of ESOPs in South Africa