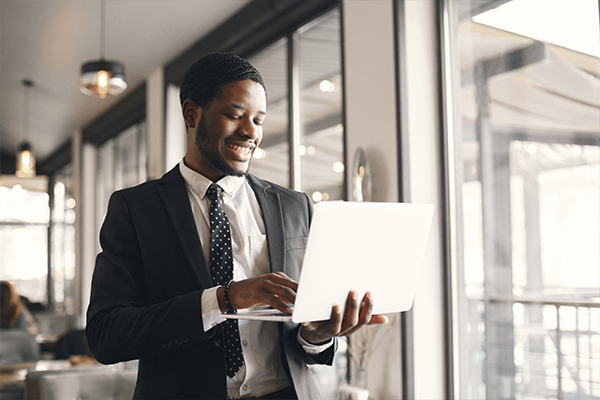 The future of ESOPs in South Africa

Since the introduction of Broad Based Black Economic Empowerment (“B-BBEE”)…

Since the introduction of Broad Based Black Economic Empowerment (“B-BBEE”) in South Africa and even prior to that, companies have tended to implement employee schemes with a finite term, usually ranging from three to fifteen years. As the market has developed, shareholders have become more circumspect with respect to finite schemes due to the on-going dilution suffered by the shareholders each time a new scheme is implemented.

However, there appears to be a deliberate shift towards an evergreen / perpetual model in crafting new broad-based employee schemes. This was highlighed in the Coca-Cola Beverages South Africa (“CCBSA”) transaction, whereby 15% of CCBSA’s equity was transferred to 8 000 employees through the Ikageng Employee share trust, as well as in the AB Inbev transaction, whereby R2.4 billion was granted to South African employees who, alongside the retail partners, participated in the JSE- listed BEE deal. Both transactions are perpetual in nature.

In addition, there has been a shift in legislation, such as the Broad-Based Socio-Economic Empowerment Charter for the Minining and Minerals Industry 2018 (“Mining Charter III”), which explicitly prescribes employee participation in perpetual trusts owning at least 5% of the assets requiring a mining right. The Thungela demerger from Anglo American and Exxaro Resources Limited’s 2020 Employee Share Ownership Plan (“ESOP”) scheme are recent examples of evergreen broad-based employee schemes in the mining sector.

The Practice Note released by Minister Patel earlier this year (see Tamela’s article titled “Market welcomes clarity on B-BBEE Codes”, May 2021), detailed that evergreen ESOP structures which provide perpetual benefit to employees also satisfy the requirements of ownership under the B-BBEE Codes. This is likely to add to the wave of evergreen ESOP schemes coming to market in the near future.

Minister Patel has proposed the appointment of a panel of experts to deal with additional issues that were beyond the ambit of the Practice Note. One of the proposed items that will be tackled by the panel is the regulatory framework for employee scheme representation within the management of the businesses in which they are a shareholder. We believe this may lead to inter alia a review in the governance of businesses to potentially consider the “two tiered” German or Continental European governance approach, whereby employees and labour unions appoint up to 50% of the supervisory board members, with the balance being appointed by shareholderers.

The management board is effectively appointed by and reports to the supervisory board, thereby granting employees and unions significantly more power than the current South African construct. The Pioneer Foods’ transaction, whereby R1.67 billion was made available for employees to own listed shares of PepsiCo Inc on the NASDAQ Stock Exchange and which will subsequently acquire up to 13% of Pioneer Foods, has proposed that participants of the scheme will elect trustees, and one trustee will have board representation.

How this may play out is yet to be seen, specifically in relation to labour unions and how they currently play a significant role
in the employer/employee relations in corporates.

Despite clear benefits to shareholders of implementing one evergreen transaction which results in on-going black economic empowerment (“BEE”) benefits, there are certain challenges or considerations that need to be factored in. Finite schemes, in certain instances, provided employees with dividends throughout the period (albeit limited due to the quantum required for the repayment of funding) as well as capital returns at the end.

However, in instances where the entity was not a regular dividend payer, at least employees still received the capital at the conclusion of the scheme. With the proposed evergreen schemes, there is no capital payment. Therefore, if an entity is not a regular or consistent dividend payer, they may require certain mechanisms to be instituted to ensure they provide payments to employees.

A dissenting view regarding evergreen schemes is with respect to the inherent trading discount that they often face. For example, where a scheme is perpetual in nature and has restrictions that allow only black participants to trade in the scheme, it would typically trade at a discount to the Net Asset Value (“NAV”). This is primarily due to reduced liquidity given the restriction on which participants are allowed to trade in that scheme. Such discounts could be up to 50% of NAV when other factors are considered, which may be viewed as value destructive.

The future of ESOPs in South Africa
One of the ways in which companies can achieve both the permanent benefits of a perpetual scheme whilst allowing employees to realise some liquidity is to list the scheme on a restricted exchange, allowing more people to acquire the shares. As more schemes are listed, this will contribute to the development of the market for restricted shares, which will potentially improve overall liquidity and thus reduce the discount. Although there are a few questions in terms of some of the regulatory changes that have been raised, it is evident that there
has been a shift towards evergreen or longer-dated employee schemes, which has been supported by government and shareholders alike.

Tamela has implemented several B-BBEE employee ownership schemes over the past 12 years and has experience in structuring sustainable B-BBEE structures, whether evergreen (e.g. Exxaro’s recent ESOP scheme) or finite (e.g. Barloworld’s 15-year employee scheme implemented in 2019). We can provide detail on the ever-changing B-BBEE landscape and how corporates should consider these changes when implementing ESOPs. For more information, please contact Mathibe Hlapolosa, 072 329 5179 / mathibe@tamela.co.za